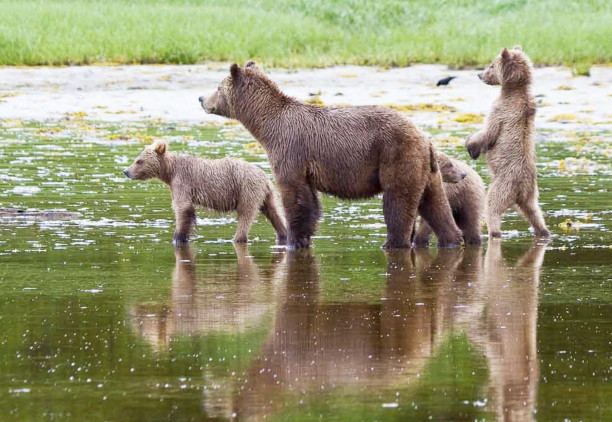 Viewing wildlife is a fun activity for British Columbia residents and visitors, and there are many species of birds and small wildlife such as squirrels, rabbits, and opossums that can be easily spotted. Other wildlife are not so easy to find, hiding in the ocean or in mountain forests.

When visiting provincial parks there will be notices posted if any wildlife are known to frequent the area or posted warnings if visitors need to use caution. Stay safe. View animals from a distance through binoculars or a camera lens. Don’t approach young animals such as bears and moose no matter how cute they are – their very protective mothers might be nearby.

One of the joys of living near the coast is that sometimes whales can be spotted while doing every day activities such as walking the seawall in Stanley Park or at the end of the pier in White Rock. The best chance to see whales breaching in the ocean is from a boat and there are several whale watching tours in the Vancouver area including departing from Richmond, specifically the Steveston docks, and downtown Vancouver. Tours also depart from Victoria and other locations on Vancouver Island. Most whale watching tour companies have an 80% to 90% chance of spotting a whale and some offer a guarantee to guests to keep returning for another free tour until they do see a whale.

Whale watching season is primarily from April through October during the migration between Mexico and Alaska. The most common type of whale is the killer whale or orca and sometimes a grey whale or humpback will be spotted.

Companies that offer whale watching tours can be found in Vancouver, Richmond, Vancouver Island, Prince Rupert, and other communities along British Columbia’s coast.

Bears are all over British Columbia including areas around Vancouver where black bears become a nuisance when they wander down from the mountains and raid garbage cans in residential areas. Bears can be found on stretches of isolated coastline feasting on salmon and they’re also in the backcountry and mountains foraging for food. Grizzly bears can be found in the northern part of British Columbia and in the Rocky Mountains. The spirit bear, also called the Kermode bear, can be white or black and lives in the coastal mountain ranges.

Bears can often be seen in provincial parks and if they’ve been sighted there are usually warning signs posted by the park staff. Spotting a bear has a lot to do with luck and being in the right place (or wrong place!) at the right time. Bears usually hibernate during the winter months and summertime is when they’re most active.

Bear watching tour operators can be found in Whistler, Northern Vancouver Island, Bella Coola, Prince Rupert, and other places around the Cariboo and Northern British Columbia.

Bald Eagle, Ucluelet, Province of BC

Eagles enjoy eating salmon and are often found soaring through the skies in coastal areas or slightly inland. One of the most popular places to find bald eagles is on the highway to Whistler in a town called Brackendale, near Squamish. Brackendale Eagles Provincial Park is a conservation park and the best time to view eagles is between November and February. In mid-November the Fraser Valley hosts a Bald Eagle Festival. 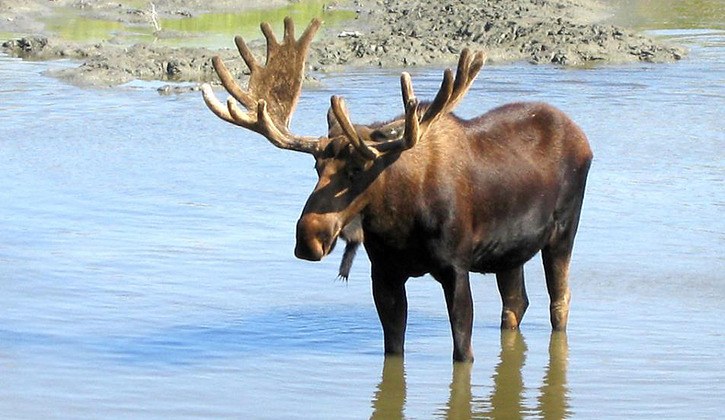 Like many other wild animals in British Columbia, wolves can be found in mountains all over the province. A good place to learn more about wolves and to view them safely is the Northern Lights Wildlife Wolf Centre in Golden.

Carry a camera when taking long drives around British Columbia. You never know when a wild animal will make an appearance.