If there were any natural part of the world that could legitimately earn the catchy moniker of “Outdoor Adventureland,” it might be BC’s own Cariboo Chilcotin Coast region. It’s also what some might call “Big Sky Country,” reminiscent of cowboys, ranchers and homesteaders – the kind of big open spaces where the land meets the sea and opens into a world of possibilities. 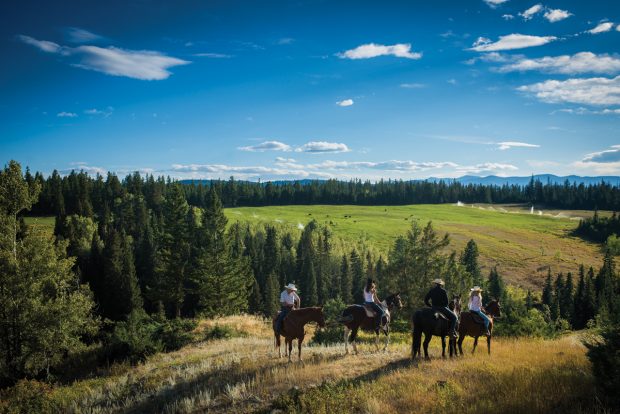 This unique region of British Columbia is filled with rich history and sits in the south-western part of the province bordering four regions: Northern BC, Vancouver, Coast & Mountains as well as the Thompson Okanagan and Vancouver Island to the west.

Blessed with its stunning and diverse geography of coastline, idyllic lakes, soaring mountains and the kind of terrain that’s worthy of an admissions ticket, this part of British Columbia truly is a natural wonderland with every kind of outdoor activity imaginable – from canoeing, paddling and other water sports to hiking, horseback riding and more.

While the entire region overflows with outdoor experiences, the town and surrounding areas of Quesnel are particularly noteworthy being home to no fewer than four dynamic provincial parks within 100 kilometres where it’s easy to capture the easy spirit and make the most of this alluring landscape.

Some eight kilometres west of Quesnel is where you’ll find Pinnacles Provincial Park, likely best known for its hoodoos.  These rare rock formations are twelve million years old and formed as a result of natural erosion and weathering around volcanic lava – which often creates vivid and bright bands of colour.  Hike the one kilometre trail to the hoodoos viewpoint and enjoy amazing views of both Quesnel and Baker Creek.  This family-friendly park also makes for some great picnicking.

As the name suggests, Ten Mile Lake Provincial Park is a mere 10 kilometres from Quesnel and has the distinction of being a former milepost for the Pacific Great Eastern Railway. Some abandoned railway grades can still be seen in the park – which has become popular for its sandy beach and recreational water activities (think swimming, water skiing and boating).  Along with vehicle/tent sites, the park also features a boat launch.

A bit farther out (some 44 kilometres west) from Quesnel is the exceptionally kid-friendly Puntchesakut Lake Provincial Park. This idyllic park boasts aspen forests and gently rolling terrain to the west of the lake, along with a sandy beach, picnicking sites and a boat launch – while the lake is also ideal for an array of water activities, including boating, canoeing, kayaking, paddling, swimming, water skiing or simply sunbathing. 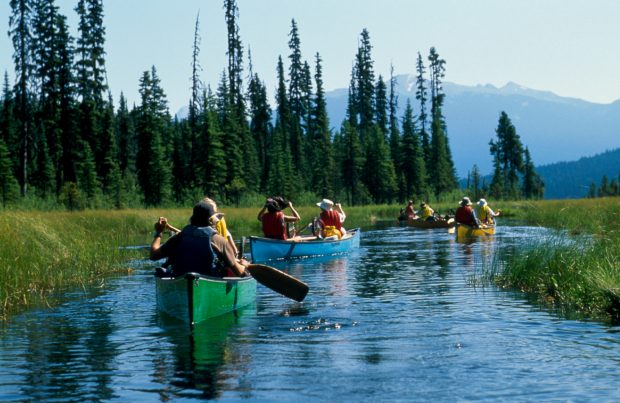 As the farthest provincial park from Quesnel (about a 100 kilometres), Bowron Lake Provincial Park is a wildlife sanctuary and the quintessential expansive backcountry park that encapsulates the natural playground qualities of this entire region. From spectacular scenery to its seemingly impossible array of recreational experiences – this park presents something for nearly everyone: boating, canoeing, fishing, kayaking, hiking, swimming… to name a few.  If you’re up to the challenge, try the park’s legendary canoe circuit that offers miles of incredible scenery and wildlife viewing with a 116-kilometre canoe/kayak route through six lakes, creeks and rivers.  (The route takes roughly seven to 10 days to complete.)

As a wildlife sanctuary, this park is also a prime habitat to grizzly bears and other wild animals, including beavers, black bears, caribou, deer, moose, mountain goats, otters and waterfowl. Be sure to bring your binoculars as it’s also a major stopover for migrating birds.

The town of Quesnel proper also offers other outdoor opportunities.  Walk, bike, jog or run along the scenic five-kilometre Riverfront Trail edging Quesnel’s shoreline.  Enjoy the scenery and a bit of history along the way with plaques that recount the olden days, commemorative trees honouring pioneers of yesteryear, and check out the restored century-old mining steam shovel from 1906.

Explore history on the ancient 420-kilometre Grease Trail – also more commonly known as the Alexander Mackenzie Trail.  This historic Canadian hike retraces the steps of the famous explorer (for whom it was named) and extends from north of Quesnel to Dean Channel west of Bella Coola. 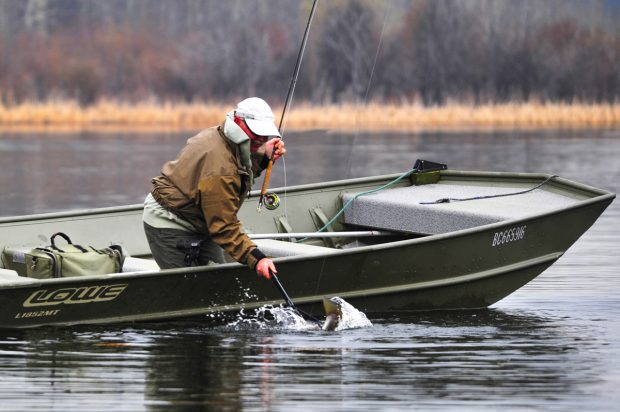 For something less rugged and rustic, grab your clubs and head for one of Quesnel’s two golf courses.  Surrounded by lush terrain with deep creek gullies amid dense cottonwood trees is the 18-hole Quesnel Golf Club situated north of the town centre.  For another hole-in-one opportunity, tee it up at the semi-private Dragon Lake Golf Course located just seven kilometres south of Quesnel.

In terms of accommodations, you’ll find a variety of lodging, RVing and camping options in and around Quesnel as well as farther afield in Hixon to the north, McLeese Lake due south, and Wells and Barkerville to the east.

Quesnel and the Cariboo Chilcotin Coast are full of possibilities. Regardless of whether you might be interested in relaxing outdoors or more active recreation, this region has it all – leisurely rounds of golf, sunbathing, refreshing hikes, exciting water sports and more. After all, this is considered Canada’s “Big Sky Country” and the sky’s the limit here. 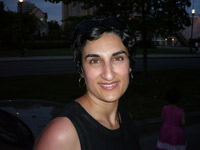 Sheliza is a freelance writer and editor who enjoys blogging about her family’s adventures throughout British Columbia. For the latest on food and travel, connect with her on Twitter via @shelizawrites or visit her at www.copyprose.com.