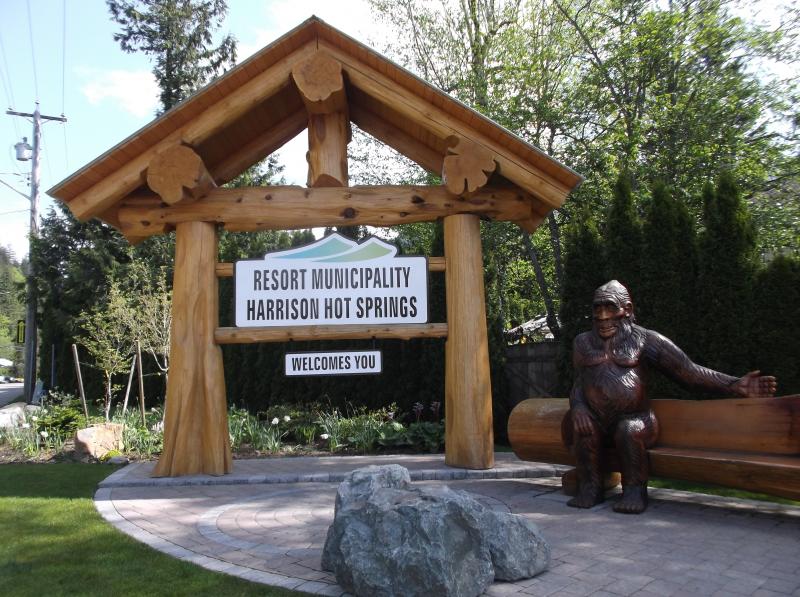 Home / Blog / Places in British Columbia where Bigfoot Hangs Out

Places in British Columbia where Bigfoot Hangs Out

Did you know British Columbia has a legendary creature that has baffled scientists, environmentalists, and curiosity seekers over the years? Bigfoot is a large hairy creature resembling an oversized monster gorilla, that walks on two legs like a human. Sometimes called Sasquatch, from the Sts’ailes word “Sa:sq’ets”  which means wild man, reported sightings in the province go back about 200 years when the early settlers had encounters with this mythological animal.

The big question is whether an elusive gorilla-like creature is wandering around British Columbia, or if there are practical jokesters behind the sightings. Many sightings have taken place in the Fraser Canyon region, with one of the latest in the Mission area in July 2013. Bigfoot is known to be most active between Harrison Hot Springs and Hope, and has also been sighted at several locations on Vancouver Island. Witness accounts range from seeing huge footprints, hearing unknown howling noises, and sometimes the elusive creature is seen moving through the forest, bathing in the river, or killing livestock for dinner.

Sasquatch is usually rather shy, running off when spotted or if a camera comes out. It is not known to be vicious, not known to prey on humans as food sources, but there have been reports of people kidnapped by Sasquatch who later escaped to tell the tale.

1.    In 1864, Alexander Caulfield Anderson, a Hudson Bay Company fur trader and explorer, and his party were attacked by hairy humanoids who stood on a cliff and threw rocks down at them where they stood in the Fraser Valley Canyon.
2.    In 1911 at Harrison River a fisherman spots a large hairy creature drinking from the river. The creature ran off when it realized it had been seen and left behind 17” footprints.
3.    In 1933 at Pitt Lake, two men using binoculars spot Sasquatch eating berries.
4.    In 1957 near Hope a truck driver saw a large hairy creature vault over a fence and then head towards the Fraser River.
5.    In 1970 near Harrison Hot Springs, Keith Shepard sees an 8’ tall Sasquatch cross the road in front of his car.
6.    In 1986 a family on vacation in Granite Creek feels something heavy slam into their cabin. They saw a large Sasquatch-like creature run off into the trees, leaving behind footprints measuring 17” long and 6” wide.
7.    In 1997 Wayne Oliver video tapes a possible Sasquatch near the Fraser River at Hope.
8.    In 2004 BCTV reported two women driving near Tofino narrowly missed hitting a Sasquatch that stood in the road in front of them refusing to budge until other cars approached, scaring it off.
9.    In 2013 Global News reported a group of Chinese tourists saw Bigfoot and took photos and video.
10.    In 2014 Global News reported a video shot near Whistler might be Bigfoot moving effortlessly through deep snow in a remote area.

Does Bigfoot really exist, or is it a hoax, or is it an improperly identified animal? Check out some of these places where Bigfoot has been spotted:

1.    Harrison Hot Springs and the surrounding areas seem to be a hotbed of Bigfoot activity and is the best place to pick up Sasquatch themed souvenirs.
2.    Pitt Lake is the 2nd largest lake in the Lower Mainland, behind Harrison Lake. Is there any coincidence there have been numerous Bigfoot sightings around these water areas? Besides looking for Bigfoot, Pitt Lake is a popular place for boating and fishing. This is a great place to bring a picnic and enjoy the breathtaking scenery of Pitt Lake and the mountains. If you’re feeling energetic a vendor rents canoes to paddle around the lake and explore possible Bigfoot grounds.
3.    Mission had Bigfoot activity in 2013 that received a lot of international attention but mostly tourists come here to camp or enjoy ATV or 4 wheel driving on old logging and forestry roads. Visitors can also tour Westminster Abbey and BC Hydro has a visitor centre at Stave Falls.
4.    Whistler/Squamish area has had a few Bigfoot sightings over the years. In addition to trying to catch Sasquatch on camera, tourists enjoy the year-round outdoor adventures this area offers such as skiing, rock climbing, hiking, mountain biking, and riding ATVs.