A popular destination in the Okanagan Valley, situated between Skaha Lake and Okanagan Lake, Penticton is surrounded by scores of vineyards that produce award-winning wines and offer world-renowned chef-inspired menus and tastings. The drive north from Penticton to Naramata along Lake Okanagan offers breathtaking scenery of the vines as they stretch down to the lakeshore below. Beaches, swimming, tubing, the Kettle Valley Rail Trail, rock climbing on Skaha Bluffs, golfing and so much more bring visitors here year after year.

Tom Ellis, the first non-Native settler in the area, took the meaning to heart and settled here in 1865. Ellis, from England, planned the formulation of the new town. In 1892, a townsite was laid out which is now called Front Street, home to many unique stores and boutiques.

A strange little known fact was that some of the older, wooden buildings were built on skids and could be moved to a new location by simply hitching them up to a team of horses and dragging them away.

By 1907, Penticton had grown to 600 residents, and was officially recognized by the British Columbia Government as a municipal district. In the teens, the building of the Kettle Valley Railroad increased the population to around 1,500 people. By 1921 the city was 4,000 strong, but it took until 1948 for Penticton to gain City Status.

The early days were difficult for road travel, but with the proliferation of the automobile and the constant increase in population, road-building was in full force by the 1920s. Prior to this, travel was done primarily by water, up and down the Okanagan Lake, which runs from Vernon in the north to its southern tip at Penticton. Much of this travel was aboard the S.S. Sicamous. Although not the first stern-wheeler to grace Okanagan Lake (but probably the most famous), the S.S. Sicamous was known as the Queen of the Lake. She was built in Port Harbor in Ontario and assembled in Okanagan Landing for her maiden voyage on July 1st (Canada’s birthday) in 1914. Many of the servicemen heading for WWI began their journey aboard the S.S Sicamous. Demoted to carrying freight in 1935, she was then retired two years later. Penticton purchased her from Canadian Pacific Railway (CPR) in 1949 for $1 and she has since been restored and open to visitors today.

Many changes have come to Penticton. The city now has a population of over 33,000 and continues to grow. And, if you listen on a quiet night, you can almost hear the horn of one of the old sternwheelers, announcing its arrival on the beach.

Find Your Own Little Piece of Paradise in Okanagan Falls & Kaleden in the South Okanagan, BC

The South Okanagan is full of rolling vineyards, steep cliffs, and small communities just waiting to be explored. While the larger Okanagan communities of Penticton, Kelowna, and Vernon offer all the ... Read More

Get Hooked on Ice Fishing at Yellow Lake Near Penticton, BC

Yellow Lake is a popular ice fishing lake for locals, as well as those venturing out on a road trip. To get there, from Penticton head south along Highway 97; just past Kaleden, take Highway 3A and the lake will be on your left in about 14 kilometres. Read More

Penticton, the largest city in the South Okanagan, and it’s neighbour, Naramata, are the stuff of which vacation dreams are made. The abundance of sandy beaches from which to launch watersport expeditions is one of the main draws of the area. Another major regional attraction is the famous Naramata Bench – home to almost thirty wineries in the span of fourteen short kilometres of country road. Read More

The Okanagan is home to sun and sand at the many beaches, spectacular orchards and vineyards, and ample opportunities for adventures. It is also the perfect location for a summer-time road trip. Read More

Snowshoeing in the South Okanagan, BC: Three Trails to Tempt You

There is nothing better than a snowy, sunny Okanagan day to entice you to get your snowshoes out and hit the trails! Read More 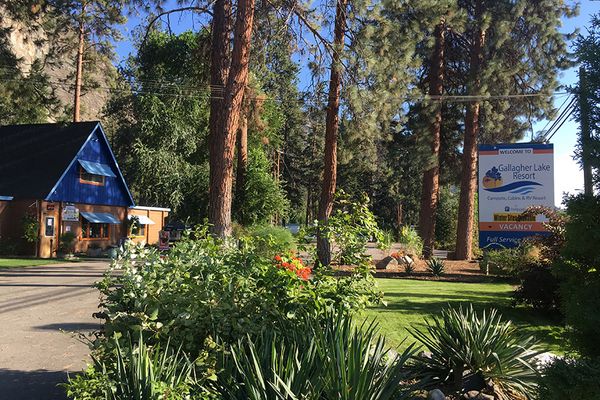 Located on the stunning Gallagher Lake in the South Okanagan Valley, Gallagher Lake RV Resort is surrounded by magnificent Ponderosa pines. The perfect destination for family camping, our resort is equipped with modern facilities to make a comfortable stay. With unmatched and consistent good weather ... More Details
Featured 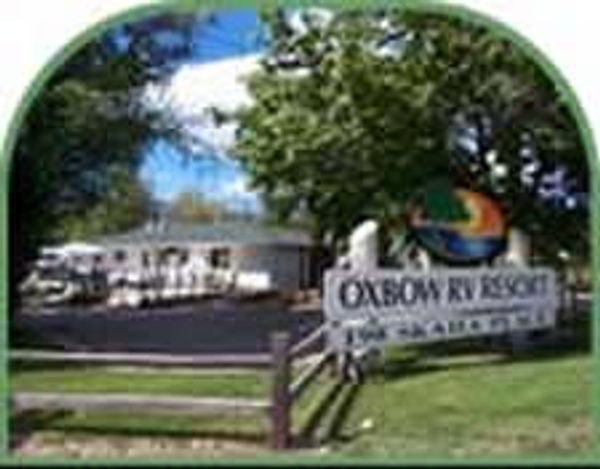 Full hookups, shaded and grassed sites with 30 amp service, coin showers, laundry, ice, pay phones, electric, sewer, water and WiFi. We are family-oriented, near restaurants, marina and right across from the beach. No dogs during July & August. ... More Details 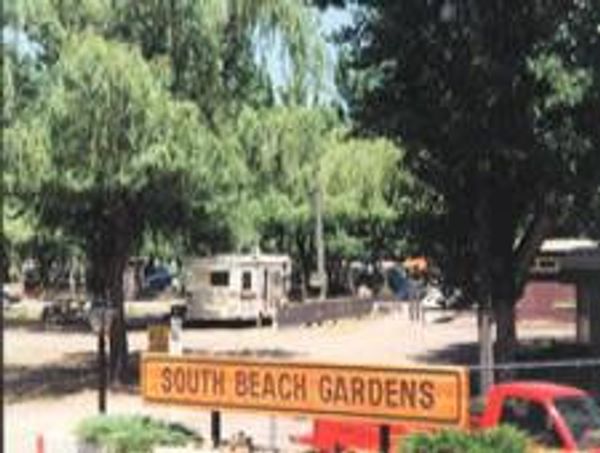 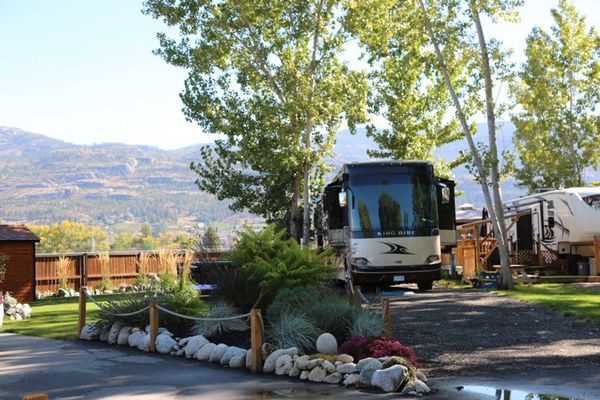 Barefoot Beach Resort is a family-friendly campground with a private beach located on Skaha Lake. Our RV lots include irrigated garden beds along paved pathways under a canopy of established trees. Our Yurt village has 14 units ranging from studio (sleeps 2) to two bedroom layouts (sleeps 6-8), all ... More Details 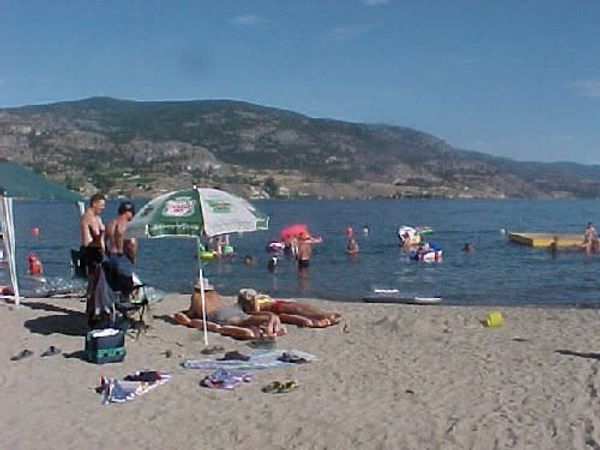 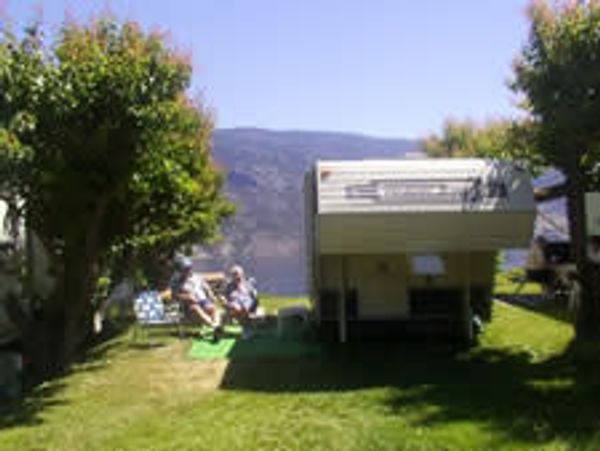 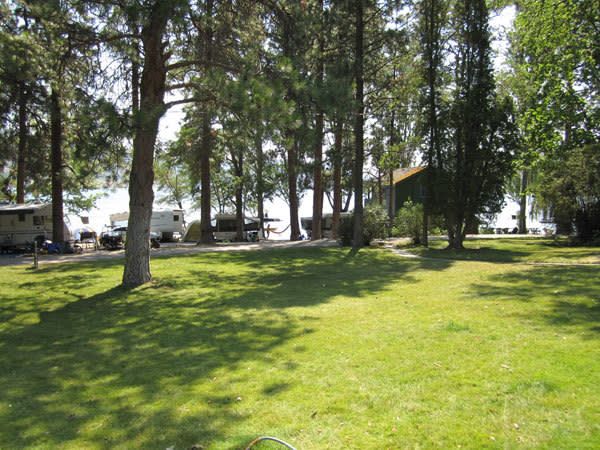 Nestled away from the city noise, Banbury Green RV & Camping Resort is a peaceful destination for families wanting a fun and relaxing vacation. Our resort is a family-oriented campground with attractively kept lawns and flowerbeds. We have an abundance of shaded areas to stay cool during the warmer ... More Details 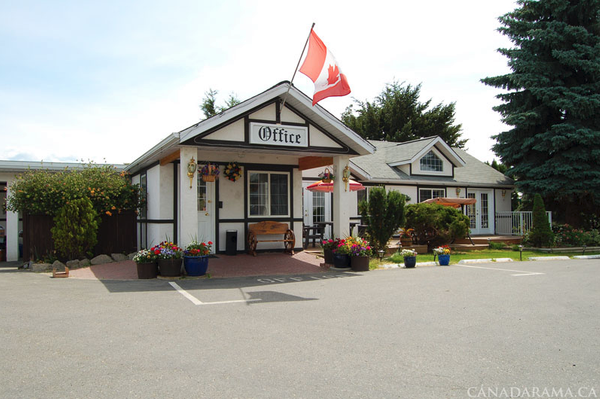