Located in the Cascade Mountains within Vancouver, Coast & Mountains‘ Fraser Country, the terrain varies from wet coastal rain forests, to jagged snow-capped peaks, alpine meadows filled with wildflowers, to a chain of small lakes, and broad river beds along the valley floors. A network of trails criss-cross the park. The park is best known for its magnificent midsummer displays of subalpine flowers, but there are other flora such as at Rhododendron Flats, near the park’s western entrance, which has a substantial colony of pinkish-red rhododendrons, a protected indigenous species that blooms in early to mid-June. Some of the less common species the park aims to protect are the Mountain Beaver, Wolverine and the Cascade Golden-Mantled Ground Squirrel.

Manning Park is a year-round get away, and in addition to its beautiful summer scenery, it boasts an abundance of winter activities. The extensive Nordic experience in the park includes 30 km (18.5 mi) of groomed classic and skate ski trails, and over 160 km (99 mi) of scenic back country trails for all levels. As well, alpine skiing, snowboarding, snowshoeing and ice skating are all popular.

The park has a large variety of walking and hiking trails which range anywhere from a 15 minute walk to a 6 day hike. These trails and the area surrounding them are home to a wide range of animals. There are 206 separate species of birds and 63 species of mammals within the park. Some of the park’s historic trails include the Dewdney Trail, Hope Pass, Whatcom Trail, Engineers Road, Skyline Trail and the provincially significant Blackeye’s Trail. Historic features include the remains of ranches, trapping cabins, mining shafts, Buckhorn mining camp and historic fire lookout buildings at Windy Joe and Monument 83.

Manning Park also hosts “BIRD BLITZ” every year in June. It’s a fun event for expert and novice birders alike. The Bird Blitz begins with registration at Lone Duck Campground. Then, after a full day of birding, participants will return to a barbecue with buns, salads and drinks (bring your own protein!). After dinner, birders will meet around the campfire for a quick run-through of the day’s sightings, followed by a guest speaker. The next morning is another opportunity to cover those areas missed on Saturday.

Established in 1941, the park was named in memory of E. C. Manning, Chief Forester of British Columbia from 1936 – 1941 who was killed in an air plane accident in 1941. During his time as Chief Forester he was very instrumental in developing the idea of setting land aside for future generations to enjoy.

Prior to the park, as we know it today, the Three Brothers Preserve was established in 1931 to save the alpine meadows from overgrazing by sheep. This was a 6,440 hectare area which is part of what we now know as Sub-Alpine Meadow. The preserve was doubled in size in 1936 and the Three Brothers Wildlife Reserve was formed. Since 1941 when the Class “A” Provincial Park was established there have been several revisions to the boundaries. The most recent was in October 1999 increasing the size to 70,844 hectares (175,000 acres).

In 1949 the Hope-Princeton Highway was completed that made the park accessible to motor vehicles and in 1957 Manning Park boasted construction of the first nature house in the province.

E.C. Manning Provincial Park is well known for its plentiful hiking opportunities and spectacular sub-alpine wildflower displays. Hiking trails in the park offer something for everyone – whether you are a brand new hiker or a seasoned veteran there is a trail perfect for you. Read More 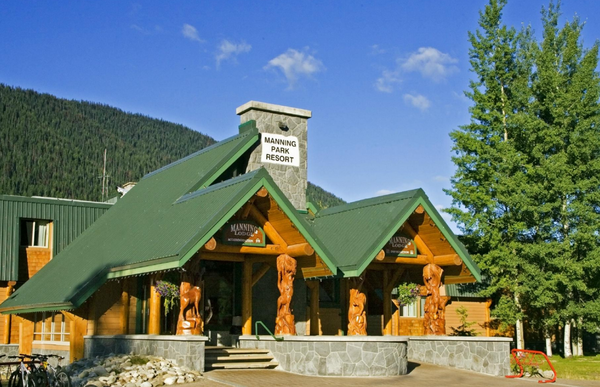 Manning Park Resort is a four season, family-friendly resort in the heart of the Cascade Mountains that offers year-round camping and accommodation; hiking, biking, canoeing; skiing/boarding; 64km of Nordic trails; snowshoeing; and an outdoor ice rink. It has full resort amenities, including a varie ... More Details