Situated along Burrard Inlet in the Metro Vancouver area of the Vancouver, Coast & Mountains region, watching boats go by off North Vancouver’s waterfront can be a full-time pastime. You will see every type of watercraft from cruise ships to tugs and pleasure boats. To the north are the North Shore mountains, majestic and protective of the city below. To the east is Deep Cove, a delightful community on the water that is very popular. If you enjoy hiking to viewpoints, there is a wealth of moderate hiking trails in Mount Seymour Provincial Park. Several parks, trails, gardens and more attract visitors to enjoy what North Vancouver has to offer in the great outdoors.

One of Metro Vancouver’s main attractions, the Capilano Suspension Bridge, is located here. Experience the thrill of crossing the 137 metre (450 feet) swaying bridge that’s suspended 70 metres (230 feet) above Capilano River. Take the Grouse Mountain Skyride up the mountain to get a stunning view of Vancouver’s North Shore and the city of Vancouver stretched out before you. Visit Lynn Canyon for excellent forest trails, suspension bridge and ecology centre. Popular Lonsdale Quay Market is built out over the water and is a colourful, multilevel market with boutiques, quirky shops and a wonderful array of fresh market foods and restaurants. You can also take the Sea-Bus over to Vancouver (and return) from Lonsdale Quay. 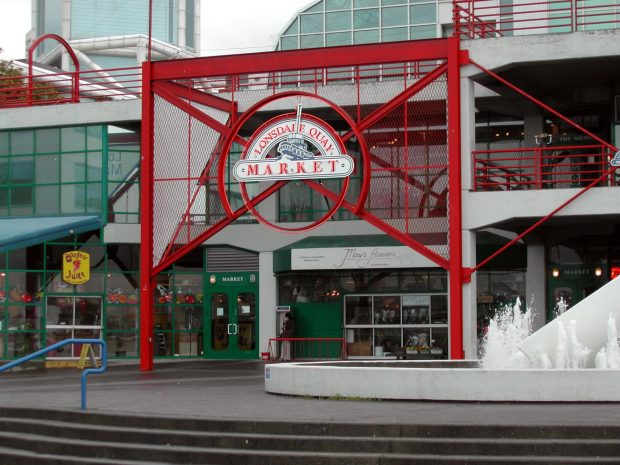 For thousands of years, the Indigenous Skwxwu7mesh and their kin Tsleil-Waututh, of the Coast Salish, resided in the land known as North Vancouver. Slightly over 200 years ago, the people of the Skwxwu7mesh and Tsleil-Waututh living on the North Shore had their first glimpse of Europeans. First the Spanish arrived, giving their name to Vancouver’s Spanish Banks and, in 1792, Captain George Vancouver explored the local shores. But it was not until 1862 that the first attempt was made to harvest the North Shore’s rich stands of timber, leading to fuller settlement of the area that would later become North Vancouver.

In 1891, the first municipality on the North Shore was formed as the District of North Vancouver. It stretched across the North Shore from Horseshoe Bay to Deep Cove. In the early 1900s, a real estate boom took place, with speculators – including the British poet Rudyard Kipling – eager to turn a quick dollar. 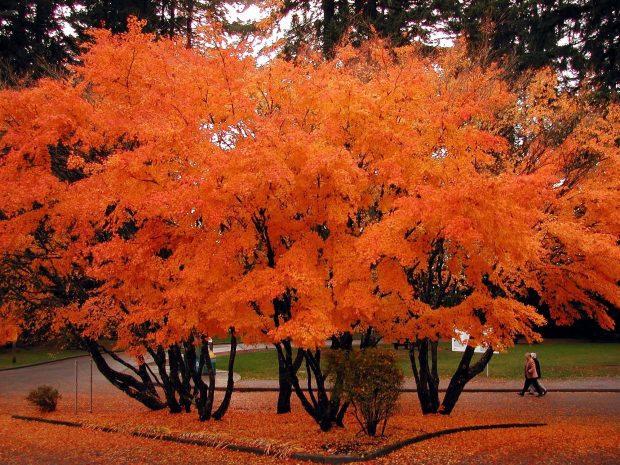 Industry, particularly shipbuilding, became central, with the magnificent stands of trees a rich resource for a society in which ships, houses, and most other man-made things were constructed mainly of wood.

Economic prosperity and rapid growth in the Lower Lonsdale area of North Vancouver led to the establishment in 1907 of the separate City of North Vancouver, with a population of approximately 1,500. West Vancouver separated from the District in 1912.

Communications with Vancouver have always been an important factor in the development of the North Shore. The first ferry service was supplied by “Navy Jack’s” rowboat in 1866. In 1867, the Sea Foam established regular ferry service that continued until 1958. The seabus re-established water transportation in 1977. Rail service was slower in developing. While the Pacific Great Eastern Railway inaugurated a 12.7 mile run from North Vancouver to Whytecliff in 1914, it was not until the completion of the first Second Narrows Bridge in 1925 that rail and road links with the Lower Mainland supplemented the local ferry service.

The real estate boom was overtaken by a worldwide depression in 1913, and then World War I delayed many projects. The depression that began in 1929, coupled with disruptions to communications over the Second Narrows caused by ships colliding with the bridge, led to economic difficulties and severe tax shortfalls. Both the City and the District were placed in receivership in 1933. But the opening of the second road crossing, the Lions’ Gate Bridge in 1938, was a significant factor in making the North Shore more accessible. And the war years led to an economic revival of North Vancouver, especially because of the many ships built in the Burrard Drydock at the foot of Lonsdale for the Canadian war effort.

In the postwar years, the City and the District of North Vancouver boomed, with most of the growth taking place in the District because of its greater land resources. 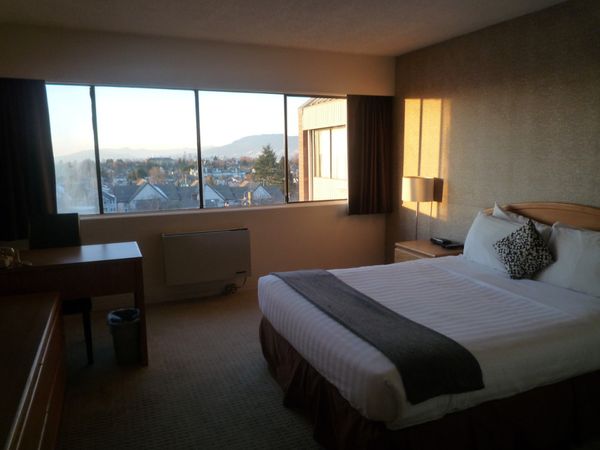 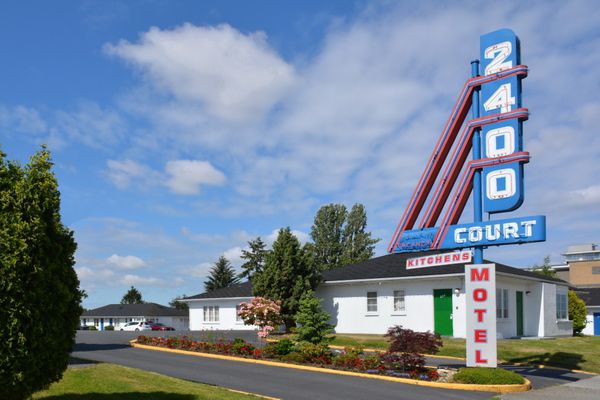 One of the things Tsawwassenites adore is how sunny it is here, and yet so many still aren't in on this best kept secret in the Lower Mainland. Tsawwassen literally means “facing the ocean” and yet it is most defined by the spectacular sunshine. Home to spectacular natural scenery and a bustling ... More Details
1 2 Next