The Village of Tahsis is set amidst a rugged landscape on the western edge of North Central Vancouver Island. The lush rainforest, steep fjord-like mountains that slope down towards the Pacific Ocean draw many adventurers to experience this pristine coastal area. The area provides an abundance of outdoor activities that will delight and thrill the most discerning outdoor enthusiast – hiking, caving, saltwater and freshwater fishing, kayaking, scuba diving, surfing, kite boarding and more. Exploring the Original Townsite provides a glimpse of the area’s history and a spectacular view can be had from Tipperary Park at the top of Princess Victoria View. Walking trails, boardwalks, salt marshes with wildlife viewing platforms are all a short walk from the centre of town.

Located on the west coast of Vancouver Island, British Columbia, and situated in the north-central region of the Island. From Victoria or Nanaimo ferry terminal take Island Highway (Hwy 19) to Campbell River. Turn west on Hwy 28 at Campbell River to Gold River and onward via the “Tree to Sea Drive”.  It is 421 km (263 mi) from Victoria, 310 km (193 mi) from Nanaimo and 157 km (100 mi) from Campbell River. 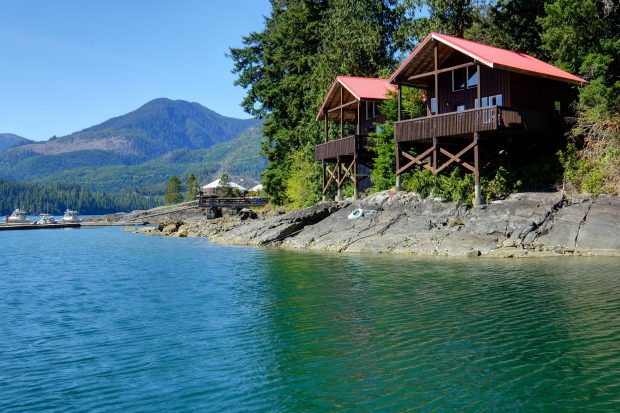 The Village of “Tahsis” or “the gateway” is located at the head of Tahsis Inlet, on the west coast of British Columbia. The First Nations peoples have lived in this area for some four thousand years however, native villages sprang up about two thousand years ago as the population increased.

While the Spanish were the first Europeans to arrive in Tahsis in 1774 followed by Captain Cook of England in 1778, it was in 1792 that Captain Juan Bodega y Quadra of Spain and Captain George Vancouver of England paid honour to Chief Maquinna, as the most important chief in Nootka Sound. On his return journey to Nootka Sound from Tahsis, Captain Vancouver named the island, “Quadra and Vancouver’s Island” now just called Vancouver Island.

The fur trade remained the main economic driver of the area until the early 1900s when logging was introduced. Many companies attempted to establish sawmills in the area, but it wasn’t until the 1940s that a successful operation took hold providing a thriving new economy for the Village.

Tahsis expanded in the 1950s with two churches and a school. The road from Tahsis to Gold River was opened in 1972 and Tahsis was incorporated as a municipality. Whilst the population of Tahsis grew to 2,500, once the mill closed in 2001 the population declined and today there are only a few hundred permanent residents living in Tahsis. Sport fishing, outdoor recreation and tourism are the main economic drivers today.

The Tahsis Museum provides a look back into the past of life in this small town, starting from its beginnings to the current day. The museum houses Nootka First Nations culture, the natural history of the area and the development of logging. 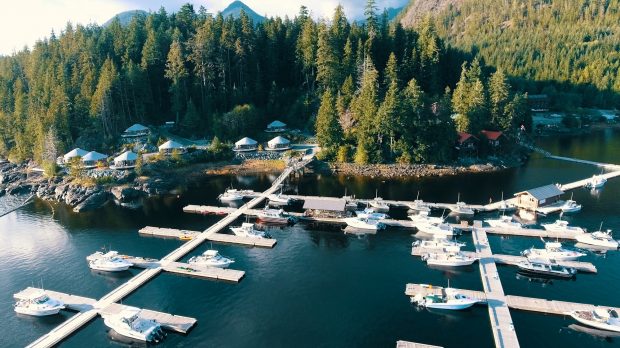 Beyond Strathcona Provincial Park and even beyond Gold River, lies a little gem called Upana Caves. Operating as a self-guided day-use site by Recreation Sites and Trails BC, Upana Caves provides novice cave explorers the opportunity to get down, and probably dirty, on their own without previous caving experience. Read More

Only 2 hours by road from Campbell River on Vancouver Island is Moutcha Bay Resort, nestled on the sheltered waters of magnificent Nootka Sound. Moutcha Bay Resort, BC offers a range of accommodation options for your friends & family getaway. We are pleased to offer a wilderness adventure for every ... More Details