COVID-19 FAQs. RV Snowbirds looking for a place to winter in BC this year? View winter campground listings.

Victoria and South Vancouver Island stretches from the rugged coastline of Port Renfrew in the West to the Ferry Terminal of Swartz Bay in the East. In between these communities is the provincial capital city of Victoria, the artisan town of Sooke and the marinas of Sidney. Two highways lead out of Victoria, Highway 14 heads west terminating at Port Renfrew while Highway 1 heads north over the Malahat. The Malahat is a mountain range and the highway climbs from Goldstream Park to a summit of 356 metres (1,156 feet) with stopping points along the way that grant spectacular views of the Saanich Peninsula, the Gulf Islands, and Mount Baker in Washington State.

The West Coast Road (Highway 14) ends 104 km from Victoria at the community of Port Renfrew, known for fresh and saltwater fishing, canoeing in the San Juan River, and dense forests of massive trees. Port Renfrew also marks the southern end of the West Coast Trail. The friendly local pubs and inns are havens for hikers from all over the world embarking on, or completing, their treks on the West Coast Trail or the Juan de Fuca Marine Trail.

Highway 14 is an ocean-hugging stretch of road dotted with provincial parks and panoramic views that extend across the Juan de Fuca Strait to the snowcapped peaks of the Olympic Mountains in Washington State. Along the way visitors should stop at Sooke. Once a thriving Coast Salish settlement, Sooke is one of the best locations on the Island for salmon fishing year-round. Known for their slow-food, stop a while and enjoy a meal in a local friendly bistro or restaurant. In Sooke you can explore the amazing geological formations in Sooke Potholes Regional Park or go for a hike along the Galloping Goose Trail.

Victoria is the capital city of British Columbia. It was originally established in 1843 by James Douglas as a fort for the Hudson’s Bay Company. Bastion Square marks the site where a portion of the fort once stood, although all that remains now are two iron rings set into the rocks at the foot of Fort Street, next to the old Customs House. Victoria’s historic Chinatown, the oldest in Canada, is small but charismatic with great restaurants and authentic Asian markets and home to Canada’s narrowest street – Fan Tan Alley.  To gain a fresh appreciation for the talents and skills of First Nations people visit the Royal British Columbia Museum, a world-class repository of native artifacts and other amazing displays. Walk the Inner Harbour sea wall, lined with historic stone buildings, including the provincial legislature which is lit up at night with thousands of lights. Browse the artisan’s displays, see the float planes coming and going, or ride the water taxi around the harbor. Walk through beautiful gardens, relax in an English-style pub or take high tea. Victoria has earned a reputation as a mecca for adventurers drawn by the limitless outdoor activities available in the city and throughout Vancouver Island and the Gulf Islands.

Situated at the north end of the Saanich Peninsula near Victoria Airport and the BC Ferry terminal at Swartz Bay is Sidney. Good things come in small packages and there’s no better evidence of this than sunny Sidney-by-the-Sea – just ask the boaters from all over the Pacific Northwest who have been docking at Sidney’s marinas year after year. Scenic seaside walks, beautiful water views, enticing attractions and activities, plenty of great shops and restaurants, and friendly locals.

The beautiful rolling landscape of the Saanich Peninsula is dotted with farms, communities, parks, forests, lakes, and ocean inlets. There are two main driving routes between Sidney and Victoria: Highway 17, known as the Pat Bay Highway, and Highway 17A, also called West Saanich Road. Highway 17 is the most direct route to Victoria, while Highway 17A offers a more relaxed drive through the scenic rural areas of the Saanich Peninsula. Both routes lead to the Peninsula’s many sights and attractions. On the Saanich Peninsula in Brentwood Bay is Butchart Gardens, a year-round floral show garden. This 22-ha (55 ac) National Historic Site dazzles over a million visitors per year. Close by is the Victoria Butterfly Gardens with thousands of butterflies and featuring stunning blooms and thousands of tropical plants and birds.

Explore the Communities of Victoria and South Vancouver Island

Discover the Vancouver Island and the Gulf Islands Sub Regions 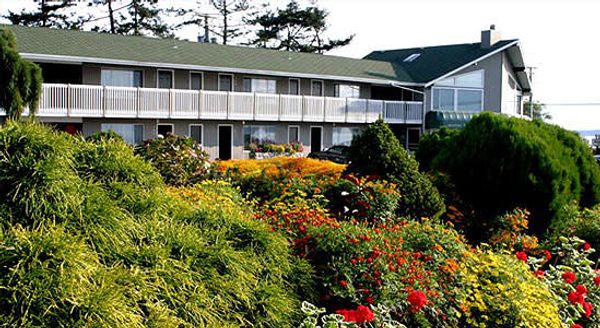 On a waterfront property that is surrounded by beautiful gardens by the sea, Cedarwood Inn & Suites is a relaxing seaside retreat for all guests. Offering a variety of different rooms and suites, guests will have a comfortable stay with breathtaking waterfront views. All units are equipped with hair ... Read more

We have over 80 RVs on the lot in Victoria. Victoria also has a full-time RV sales rep onsite to help customers with any specific inquiries. ... Read more

A great home base for exploring the Gulf Islands. Located on McDonald Park Road, off Hwy 17, south of Swartz Bay ferry terminal. Drive-in sites. Many amenities in nearby Sidney. Big friendly sites available. RV accessible with no service. Reservable sites 1-877-737-3783 or online at [www.reservation ... Read more 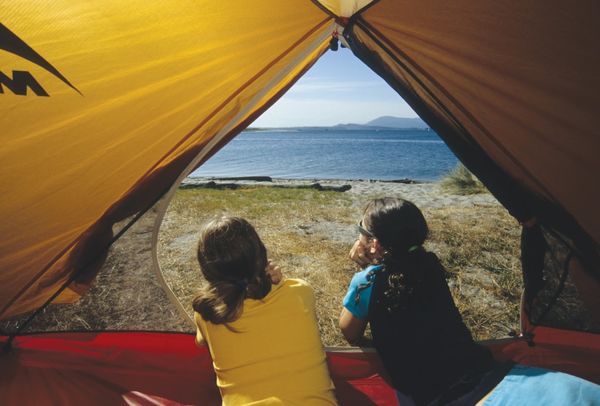 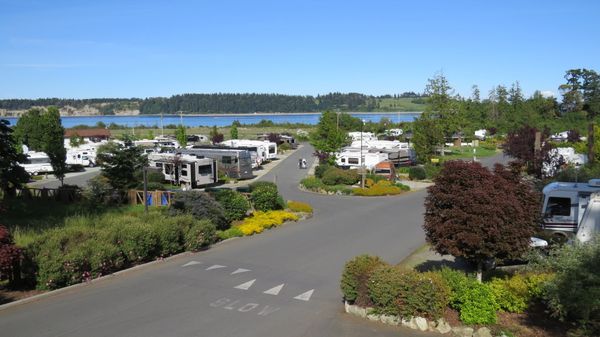 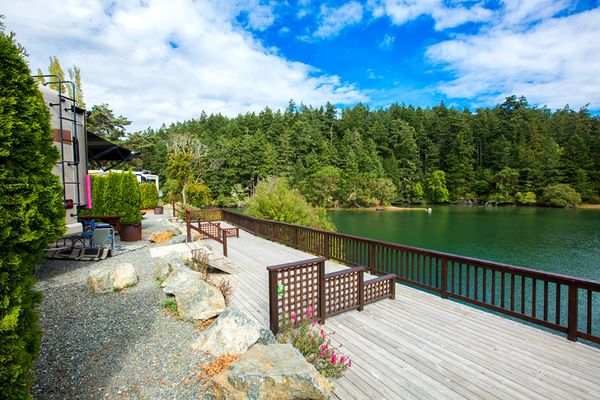 A West Coast Wilderness Playground - For those who like to cruise the ocean and the open road. Pedder Bay RV Resort and Marina is situated on the southern tip of Vancouver Island, surrounded by forest and ocean. Offering the best of both worlds, the resort is in a beautiful wilderness area and yet i ... Read more 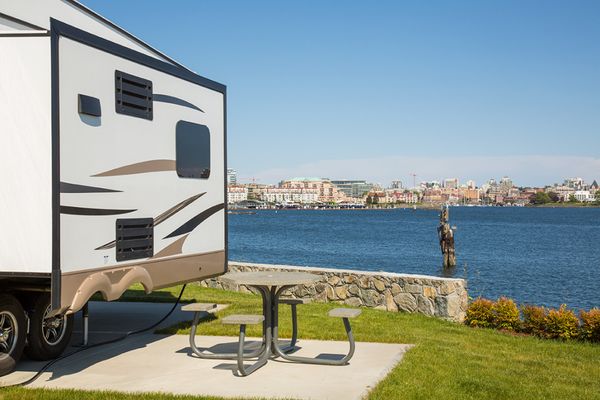 Salish Seaside RV Haven is Western Canada's premier RV park, located on a private peninsula right in the heart of Victoria's waterfront harbour. Proudly owned and operated by the Songhees and Esquimalt Nations. The Haven is a total redesign and brand new rebuild of the former WestBay Village RV Park ... Read more 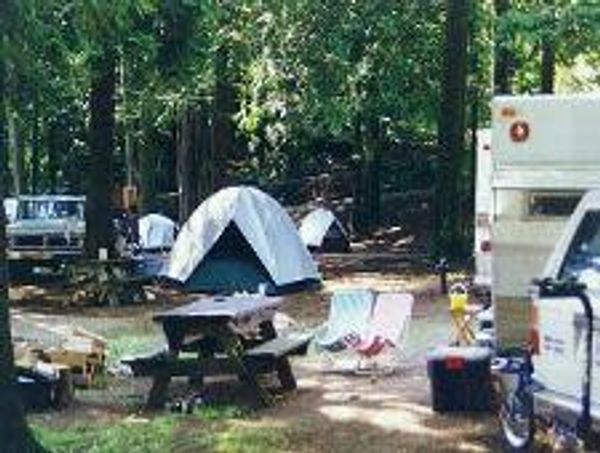 Join us at Sunny Shores Resort & Marina, where the climate is ideal, the forests are lush and the ocean is your playground! We offer modern housekeeping units with colour cable TV, tent and trailer sites, suitable for everyone’s needs. We guarantee your family will have a memorable experience and ... Read more