Galiano is a long, narrow island and an amazing retreat with meadows of wildflowers, lush forests and stunning views. Located off the east coast of Vancouver Island in the Salish Sea (Georgia Strait), it is the sunniest and driest island in the Southern Gulf Islands. It offers plenty of opportunities for relaxing, fishing, boating and exploring the beaches and sandstone formations that attract many people to come to these shores. Rent a kayak, go on a whale watching tour. The abundant sea life will virtually ensure you have unforgettable photographic moments. Go hiking. There are several maintained trails including Mount Galiano, the Island’s highest point. Bring your golf clubs and enjoy a round of golf at the Galiano Golf and Country Club.

A vibrant arts and culture community reside on Galiano Island. Pottery, silver jewelry, glass works and more await the discerning collector. A Galiano Art Guide will steer visitors to the artists’ galleries and studios. During the summer the local community hosts several festivals  and there is a weekly summer market that provides local veggies and fruit, baked goods and a selection of wares produced by the local artisans.

Galiano Island is one of several southern Gulf Islands including Pender Island and is a little under an hour’s non-stop ferry ride via BC Ferries from Tsawwassen on the mainland and a 45-minute ride from Swartz Bay, Victoria on Vancouver Island. There is also an inter-island ferry service.

There are indications that people lived on Galiano Island some 3,000 years ago. Shell middens (refuse heaps) left by the aboriginals of the day were created from the abundant clam beds on the nearby shores.

The Island was part of the traditional territory of the Hul’qumi’num nation but in the late 1700s many of the population died from smallpox. Following in the steps of the explorers George Vancouver in 1792 and Dionisio Galiano, early pioneers settled on the Island, many marrying local Indian women. Some of the residents on the Island today are descended from these early pioneers.

By the latter part of the 19th century, Island residents felled trees, fished the sea, and grew produce which they sold to the burgeoning cities of Victoria and Vancouver. At the same time, Japanese settlers arrived on Galiano Island also developing fisheries and by 1930 were operating a saltery on the north end of the Island.

Today, this idyllic Island is inhabited by those who want a quieter lifestyle. 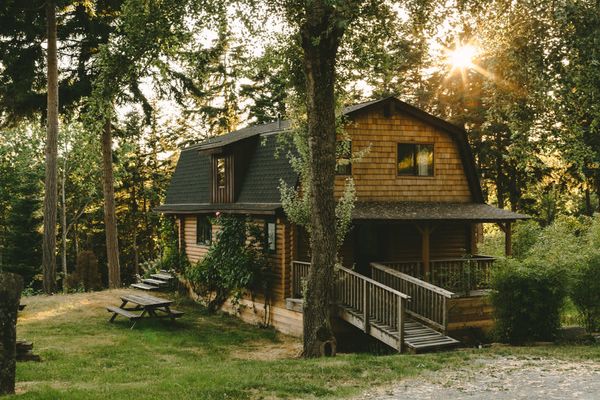 Nestled at the base of Bodega Ridge with spectacular views of Trincomali channel, Gulf Islands and Vancouver Island Mountains, Bodega Ridge Lodge & Cabins is the ideal destination to escape urban life and unwind in paradise. We are set on 22 acres of picturesque countryside at the peaceful end of th ... More Details 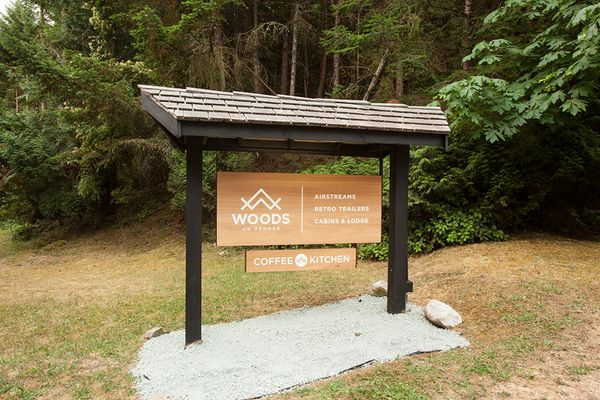 Experience a unique way of camping at WOODS on Pender on beautiful Pender Island. Nestled among the lush forest, we are a true oasis and offer luxury accommodation for guests to unwind in. Guests will be in awe of the breathtaking scenery, such as open farmland, rolling forested hills, crystal lakes ... More Details

Set in the shade of a thick forest, this campground is often filled to capacity during the summer months for those looking to explore Pender Islands. Reservations are recommended. https://www.reservation.pc.gc.ca. ... More Details