Lillooet is a community along the Fraser River in the Sea to Sky Country region of Vancouver, Coast & Mountains. The area typically has a dry climate with an average of only 329.5 millimeters (13 in) or precipitation annually. A long growing season once provided the region with prolific market gardens and bountiful orchard produce. It is considered to be one of “Canada’s Hot Spots” on a daily basis in the Summer. The region has a beautiful natural landscape with many trails for hiking, and lakes for fishing and boating.

Horses are a Frequent Sight in Lillooet

One of the prime attractions of the area is the Lillooet Museum and Visitor Centre which sits at the former location of a well-known Anglican Church, and houses artifacts and relics from the Gold Rush era, as well as a re-creation of Ma Murray’s old news office. Another is the Miyazaki Heritage House, a stately home built in the 1890s era by the Gold Commissioner Caspar Phair. In the 1940s it became the residence of Dr. Masajiro Miyazaki, a distinguished leader of the Japanese-Canadian Community, and one of two Lillooet residents named to the order of Canada (Margret ‘Ma’ Murray being the other).

Dreams of glorious riches brought thousands into Lillooet during the Cariboo Gold Rush of the 1850s and 1860s, transforming the area into a boomtown with 13 saloons and 25 licensed premises. Lillooet became the largest North American centre west of Chicago, second only to San Francisco. The first trail to the Cariboo gold fields, known as the Cariboo Wagon Road, came through here. Lillooet residents still consider their town “Mile 0” on the Cariboo Wagon Road, and many towns along the Cariboo Highway are referred to by their distance north from this trail.

Today, residents are very proud of their heritage and visitors can explore the unique history throughout the community.

British Columbia can be explored year-round, so circle tours are worth considering no matter the time of year. One such tour is the Coast Mountain Circle Tour. This tour explores the mountains, forests, and canyons that make British Columbia a world-renowned place of wilderness beauty. Read More

British Columbia’s Biggest Attractions Are Often in the Smallest Places

If you really want to see the biggest and most unique attractions British Columbia has to offer, be ready to travel off the beaten tourist path and to experience some of our province’s more unique destinations. Read More

Many of British Columbia’s highways follow the trails used by the early gold seekers. All along these routes are artifacts and remnants of the early pioneers. Drive this tour and relive their journeys through steep canyons, raging rivers, and high mountain passes. Read More

Just a few kilometres to the west of Lillooet (on Hwy 99) is the Seton Lake Recreational Area. You can join thousands of tourists each year who stop at the viewpoint to take photos of the stunning Seton Lake. Read More 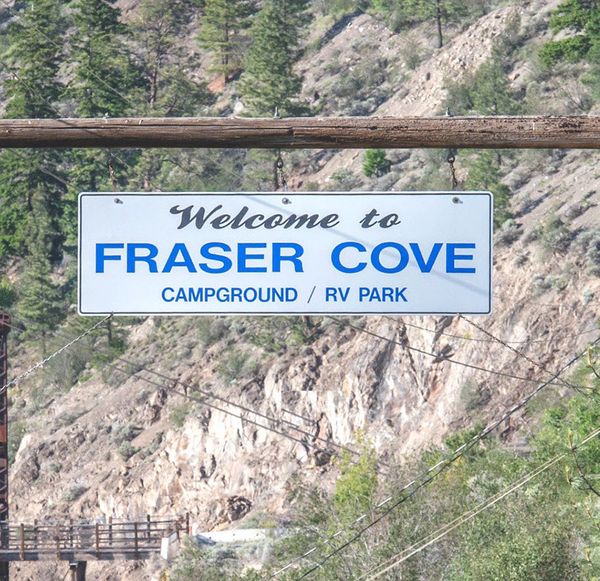 Fraser Cove Campground & Guest Cabin offers a quiet setting along the Fraser River for a relaxing vacation. The scenery is spectacular with breathtaking views of mountains and the river. Situated beside the water, our campground is secluded from noise allowing a good night’s sleep. We offer full h ... More Details