Stewart is a small border town located in spectacular northwestern BC in the Northern BC region and across from Alaska’s Misty Fjords National Park. Situated at the end of the Portland Canal, this natural fjord extends from the open seas of the Pacific Ocean via Portland Inlet at Pearse Island, 115 km (71 mi) northward to Hyder, Alaska. The town has many buildings dating back to the mining and Gold Rush days of the early 1900s. Visitors can take a self-guided historical tour of the town.

The area around Stewart, including Meziadin Lake Provincial Park, offers stunning views and an abundance of outdoor activities for every age and enthusiast. Fishing, wildlife, hiking, glaciers, heli-tours and even golf are all found in the Stewart area. Deep-powder enthusiasts come to Stewart each year to board a helicopter and make fresh tracks in the regions endless mountain terrain. Heli-skiing provides an incredible mountain adventure for intermediate to advanced skiers. Additionally, the dense snow-pack in the region makes the area popular for snowmobiling enthusiasts.

Grizzly and black bears are a popular sight in the area around Stewart. A bear viewing platform is located in nearby Hyder, Alaska. This offers visitors a truly amazing glimpse of bears catching salmon as they travel upstream. While bears are in abundance in the area, eagles, mountain goats, and whale watching are all there for the ardent wildlife viewer.

The Stewart, British Columbia area has been inhabited by First Nations for thousands of years. The first explorer to the area was Captain George Vancouver who travelled here in 1793 and gave the Portland Canal its name in honour of William Cavendish-Bentinck, 3rd Duke of Portland.

The Portland Canal was again explored in 1896 by United States Army Corps of Engineers, Captain D.D. Gaillard. Later, two years after his visit, the first pioneers arrived. In 1902, the Stewart brothers arrived. They gave the town its’ name.

The Gold Rush brought thousands of prospectors and families to the area around the turn of the 20th century. A train line was built to carry out ore from the developing mines. For a time, the region flourished.

However, with the lack of a main highway out of the area, it eventually declined. Despite this, mining and forestry as well as tourism thrive in the area today. Due to the regions’ excellent port facilities.

The region’s Historical Museum provides a glimpse of the town’s past. Visitors can pick up a brochure and take a Walking Tour of Historic Houses and Buildings.

Bear River RV Park is a family operation and consists of 68 full-service sites and beautifully manicured dry/tenting areas. Located along the Bear River in Stewart, BC, surrounded by ice capped mountains, glaciers and wildlife.  Close to downtown Stewart, only one mile away and borders Hyder, Alas ... More Details 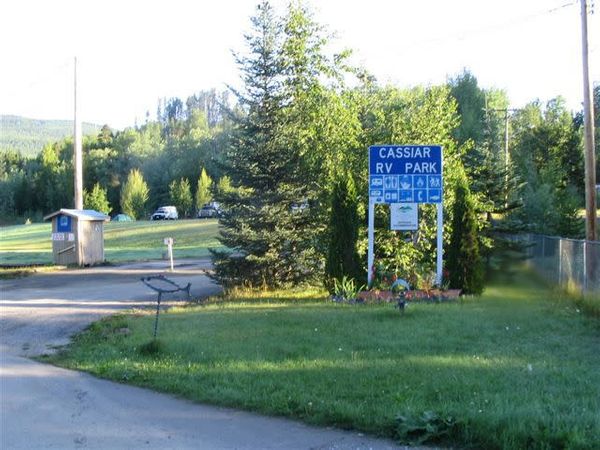