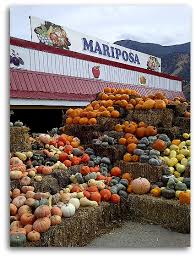 Home / Blog / Take a Break along the Crowsnest Highway 3 to Osoyoos, British Columbia

Take a Break along the Crowsnest Highway 3 to Osoyoos, British Columbia

While on any road trip, it’s always useful to know where to stop for a short rest – whether it’s for a much-needed bathroom break, to stretch your legs or to simply enjoy an impromptu snack or lunch while enjoying the fresh outdoors and some spectacular scenery.

Travelling along the Crowsnest Highway – one of BC’s major throughways, also referred to as the Interprovincial, Southern Trans-Provincial and Highway 3 (and, more locally, as the Hope-Princeton Highway) – you’ll find plenty of places to refresh and rest up as you head east towards Osoyoos (or beyond). Considered a core highway in Canada’s National Highway System, this east to west route is more than 1,150 kilometres (or more than 720 miles) in length and travels through the southern section of British Columbia and Alberta – and offers the shortest option between BC’s Lower Mainland and south-eastern Alberta.

Officially created and named in 1932, the Crownest Highway is now nearly a century old and gets its name from the Crownest Pass – the point or “Continental Divide” where British Columbia and Alberta cross each other.

While road tripping along this route, there are a number of picturesque stops to stop and take a break along the way:

The Crowsnest Highway has plenty of scenic places to rest up, take a break and experience the local culture and tasty offerings as you make your way from the Lower Mainland to destinations such as Osoyoos and beyond (or vice versa). All you have to do is enjoy the drive… and be ready to pull over to take in the beautiful vistas and interesting stops along the way.

Sheliza is a freelance writer and editor who enjoys blogging about her family’s adventures throughout British Columbia. For the latest on food and travel, connect with her on Twitter via @shelizawrites or visit her at www.copyprose.com.